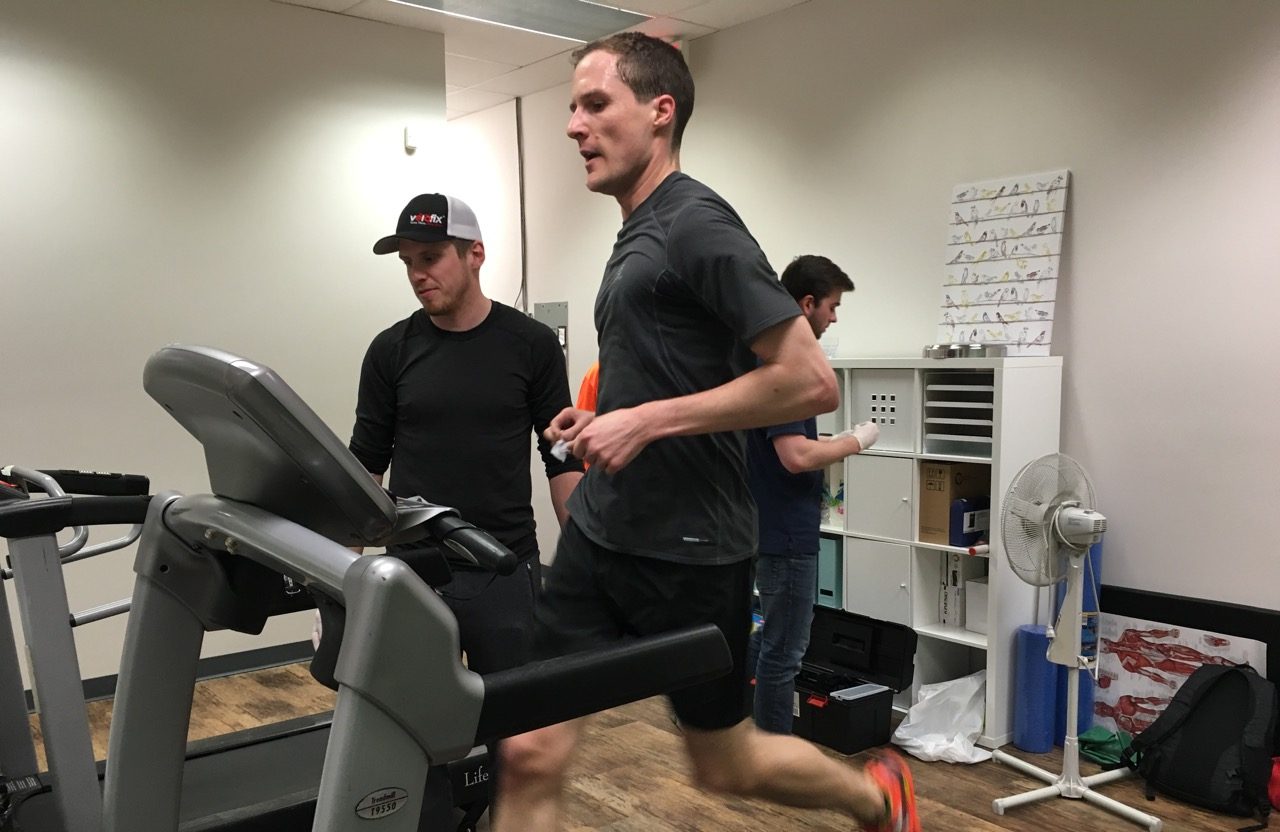 I’ve typically always taken the winter months off from structured training and racing, dropping my volume, running just for fun but without following much of a training program. This year I decided to try something a little different.

Heading into my ‘off-season’ last fall after running the Grand to Grand Ultra, I decided to return to my road running roots and target the half-marathon distance instead.

What I learned was that running too fast can indeed make you slower, but that sometimes it’s necessary to take a step back before you can take two steps forward again.

On the Road Again

What my training over the years with the Peak Centre has taught me is that the best way to improve performance can be by focusing on specific training zones at different times throughout the year, zones which vary based on a runner’s individual profile at any given time.

Like many ultra runners, my profile has tended to be very ‘squished’, meaning that any improvements to my Zone 1 (the speed at which I would race something like a 50 km ultra) are ultimately limited by my upper zones. We’re all out there running at around 70% during a race – the question is, 70% of what? This is why speed work is so important.

Most advice in regards to macro-periodization seems to suggest that a runner should lay a foundation of volume in the early part of the season, before gradually introducing speed work as a way to ‘tune up’ closer to a race. While speed work can definitely help an ultra runner to keep up their ‘top end’ and to maintain turn-over later into their season, I’ve always been too fatigued to hit my targets during these sessions to see any real gains beyond simply maintenance. I tend to instead focus on strength and speed work early in a season and layer volume on top of that.

It had been over 3 years since I’d run a road race after transitioning from road to trail, and I’d always wanted to go back and set some new PB’s. I set my sights first on the fall Vancouver Historic Half Marathon, before targeting the First Half in February.

I had my lactate threshold tested in December and the results were interesting, to say the least.

Two Steps Forward, One Step Back

One of the main benefits of training with heart rate is to avoid running those dreaded ‘junk miles’ we hear so much about. What a junk mile is depends on your particular goals, including what distance you’re training for.

For a marathoner or an ultra runner, junk miles tends to be all of that time spent running in your ‘Zone 2’ – that comfortably hard level of effort we often find ourselves in when training with a group who might just be a little too fast for us and when running up hills – or in ‘Zone 4’ – that speed we mistakenly consider our max, even though we’re capable of much more.

More than being just a waste of time, these junk miles may actually be slowing you down by developing the wrong types of muscle fibres and the wrong energy systems, teaching your body to use blood lactate in the wrong way. 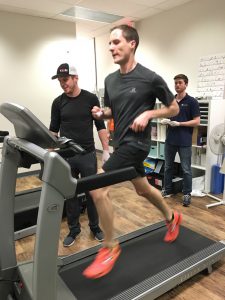 My training throughout the winter would actually require a significant amount of time running in my Zone 2, the pace at which the half-marathon is raced, along with some Zone 3 intervals to make improvements to my lactate threshold.

The Zone 2 runs were feeling great! Two hour runs with an hour portion in the middle at speeds around 3:40-3:45/km, towards the end of my last block of training. I’d already set a half-marathon PB of 1:22:07 (and a 10k PB along the way) and with my weekly milage at almost half of what it would be peak ultra season, I was beginning to see gains in my lactate threshold according to my December lab results.

What was interesting about these results though was that my speed at aerobic threshold was way down, from 14 kph to 12.7 kph. It would appear that all of this training in Zone 2 had not only raised my higher zones but also allowed it to ‘eat into’ my Zone 1. Fortunately, this negative result would only be temporary, and I had now given myself more room to grow my Zone 1 again come trail running season.

I was finally back on the trails by the end of February. I definitely noticed the reduction in my base fitness and it took some patience to allow my body to once again adapt to the lower intensity and higher volume. Within about 6 weeks, I was feeling like myself again and it was time to head back into the lab for some new baseline numbers.

The new lab results were just what I had hoped for. My aerobic threshold (that intensity you can maintain for a prolonged period of time) had already shifted back up from 12.7 kph to 14.5 kph, an all-time high in my 7 years of training. My lactate threshold too had increased from 16.2 kph to 16.3 kph.

My profile is still quite squished on the very top end. This meant turning my focus now to Zone 5 intervals as I continued to build volume for my first big race of the season, the Sun Mountain 100 km mid-May.

I’ll likely repeat this new periodization schedule again next winter, maybe incorporating more skate skiing in as a substitute for some of that Zone 2 work and maybe even aiming for a 10k PB. But for now, the mountains are calling and Sun Mountain is quickly approaching…