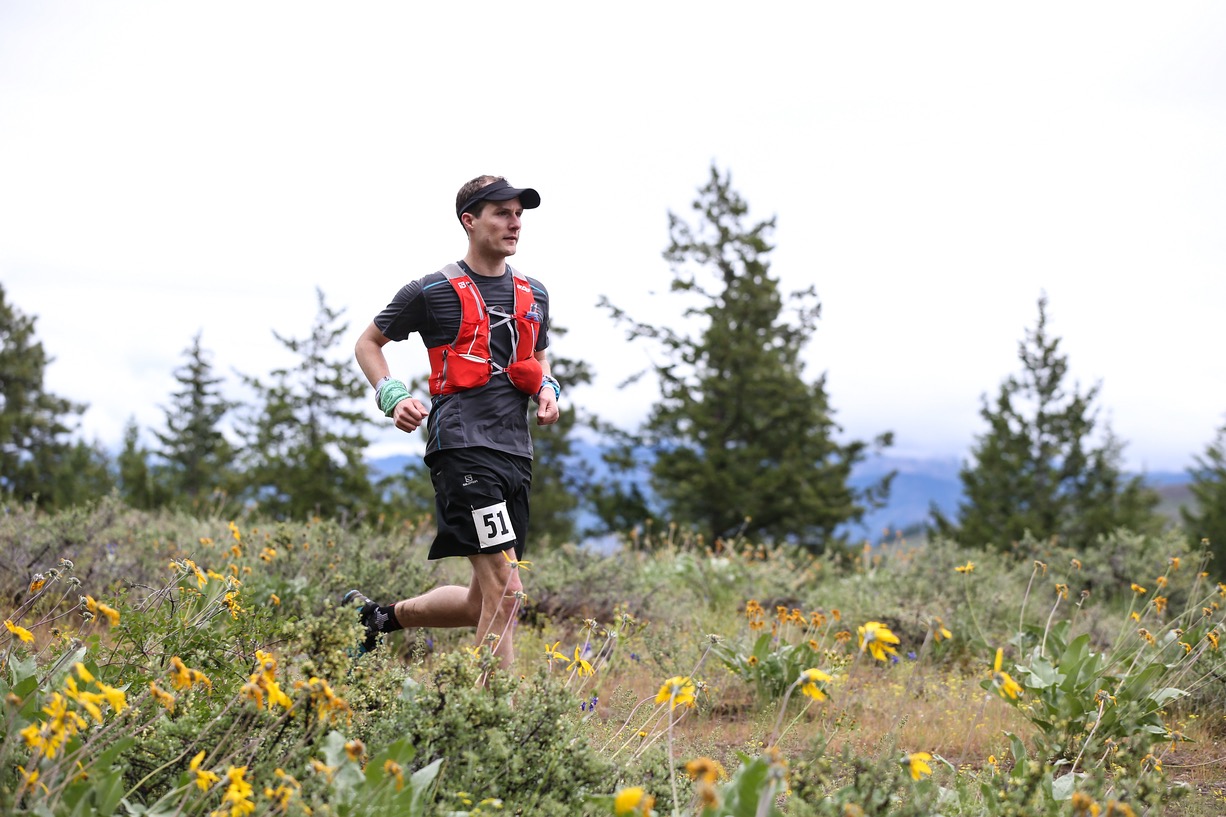 This interview first appeared on the Hillsound Equipment blog on June 30th, 2016.

Local brand ambassador, Jeff Pelletier, gives us the lowdown of this year’s Sun Mountain 100 km race and his experience as a fourth timer at this race hosted by Rainshadow Running.

H: Hi Jeff! Congratulations on your success at the Sun Mountain 100k! 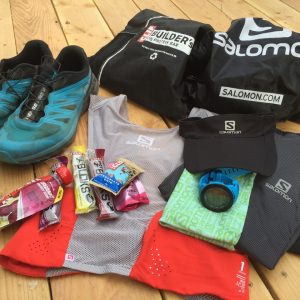 H: Tell us a little about the course.

The Sun Mountain 50k and 50 mile courses are known to be quite ‘runnable’ compared to most trail races in the PNW, with roughly 5,000 feet of climbing in the 50k, and with hardly any technical terrain. The 100k distance was new this year which is exactly two loops of the 50k course, with 10,000 feet of total elevation gain.

It’s located on the sunny (east) side of the North Cascades in the beautiful Methow Valley, so imagine wildflowers, vistas, and even some cow pastures. Very different than the terrain we’re used to here on the West Coast!

H: What would you say is the toughest part about this course?

Sun Mountain is usually a very sunny and warm race, although this year that ended up not being the case – we had absolutely perfect running conditions for most of the day, which was reflected in some of the finishing times.

The trails being so runnable can be a challenge in itself though, especially for those who don’t generally do as much consistent running in their training. Races that include a lot of steep and technical terrain may force you to do a lot of ‘power hiking’, allowing you to use different muscles and to shift gears from time to time.

While there were still a few considerable climbs, we were having to run for several hours at a time without respite. I did do considerably more flat running, higher mileage, and less climbing in my training leading up to the race, so I was prepared for it both mentally and physically. In retrospect, I probably should have done a little bit more climbing and strength work in my training than I did, as I suffered a little on the final climbs.

H: Regardless – 100km in just 10 hours. What a record! How was this year different than the last?

This was the first year I’d done the new 100k distance, but I was quite familiar with the course, having raced the 50 mile distance twice before. Running two loops of the same 50k course was definitely a new experience for me though.

Logistics were a breeze, since we’d be hitting the same 3 aid stations (plus the start/finish) twice during the race where drop bags could be left. Pacing is a lot easier when you can break up a race into two identical halves.

My plan was to basically just run a sub-5 hour 50km, and then try to do it again. I faded a little at the beginning of the 2nd half though and lost about 25 minutes, so I didn’t quite hit my goal of 9:45 – but close enough. Maybe I can make it up next year!

H: We’d love to hear about it! What made you go back to this same race? 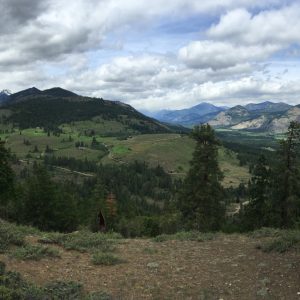 This was actually my fourth time going down for the race, although I only ran two out of the last three years and volunteered the other.

The whole weekend feels like one big trail running party, with a huge contingent of runners coming down from BC. The vibe and community is so great at all of Rainshadow Running’s races, but this one in particular seems to keep me coming back.

Sun Mountain was my first 50 mile race three years ago, and I’d highly recommend it for anyone’s first crack at the 50k, 50M, and now 100k distance. You’ll definitely be setting yourself up for success.

H: Great advice! You have many races lined up for this year. How do you keep a healthy balance between your full time job and training/racing?

One thing I’m doing this year is to actually do fewer races to allow for more and adventure runs which is what I enjoy most. There are only so many weekends, and it’s just so easy to get wrapped up in the excitement of planning a racing season early in the year and committing to too much – between tapering, racing, and recovery, it doesn’t leave a lot of time for spontaneity.

H: You’re also so involved in the community – like judging at VIMFF, etc. All that plus working, training, and racing – how do you manage to get some downtime for yourself?

I like to keep busy so I tend to have a lot of projects on the go, including the one I’m most proud of this year which is having raised roughly $15,000 for North Shore Rescue with a fundraising calendar project I helped put together. Running is somewhat of a selfish endeavor, after all, so I guess I see it being the time I set aside for myself – which tends to be a considerable amount of time!

I like to take some time after a big block of training and racing like this, before getting back into any structured training. I tend to take a few days completely off from running to relax, and spend the next couple of weeks eating all of the food I can get my hands on – along with a hoppy beverage or two.

Thanks for your time Jeff and congratulations again! We can’t wait to hear about your next adventure. We’ll be sure to talk to you again after your next race.

Looking forward to it, and thanks as always to the team at Hillsound for the support!

Header photo licensed and used with permission from Ross Comer. See the full Sun Mountain 100k, 50M and 50K results here., and check out my race reports from the 2015 Sun Mountain 50 Miler and 2013 Sun Mountain 50M.