September 1, 2014 by Jeff Pelletier No Comments 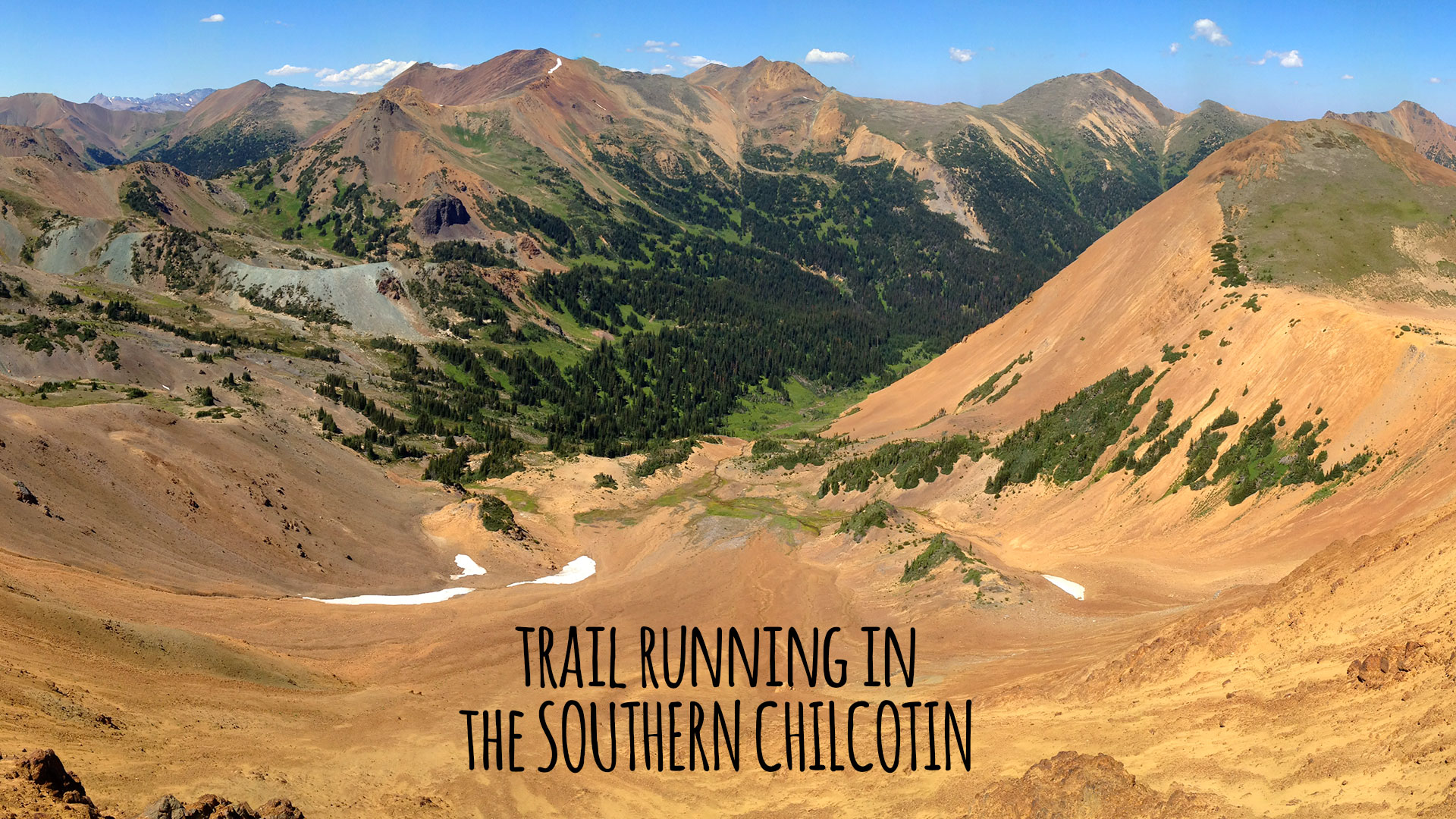 There is a place not far from Vancouver where impeccable singletrack trails wind through lush pine forests, alpine meadows and lakes, and along a series of interconnected wind-swept ridges with spectacular panoramic views.

The Spruce Lake Protected Area in the South Chilcotin Mountain Range is located just 150 km north of Whistler, and 100 km west of Lillooet, B.C, an area which is nearly 72,000 hectares in size.

I was invited to tag along with friends Julie, Glenn, Ward, Jackie and Chloe for the August long weekend. The plan was to make the 5 hour drive on Thursday afternoon, then to run all day on Friday, Saturday, and Sunday, returning to our campsite at the Tyax Resort each night. The icing on the cake was that we’d be taking the float plane from the lodge on Sunday morning and getting dropped off at Spruce Lake so that we could run out.

We headed North from the lodge along Tyaughton Lake Road and dropped Glenn’s jeep at the parking lot where the Mud Creek and Taylor Creek fire service roads intersect, about as far as you can go even with a 4×4. We then ran up Taylor Creek Trail, past Taylor Cabin and up to Camel Pass along Camel Pass Trail for our first panoramic view.

From there, we followed the ridge out-and-back to Taylor Peak then followed the ridge along an unmarked route to North Cinnabar Trail. We hadn’t seen any fresh water since Camel Pass Trail, so the creeks in North Cinnabar Basin were a welcome sight. While the switchbacks down into the basin and the meadows that followed were amazing, the route quickly turned into fairly high brush more suited to grizzlies than runners. After a fair bit of route finding we finally made it to the switchbacks along the lower half of North Cinnabar Trail and back out to Taylor Creek Road. 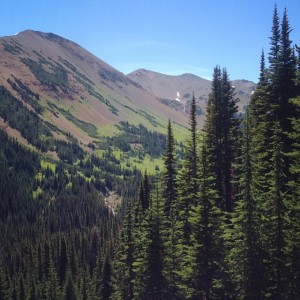 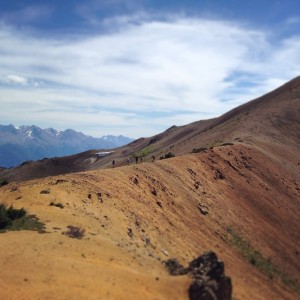 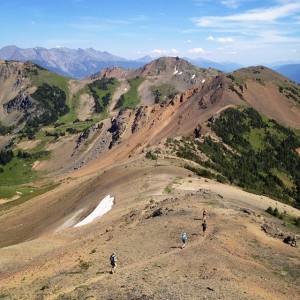 Ridge running in the Chilcotin. 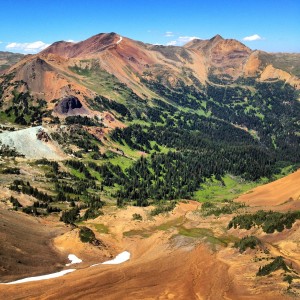 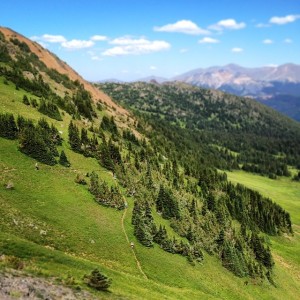 Switchbacks down into North Cinnabar Basin. 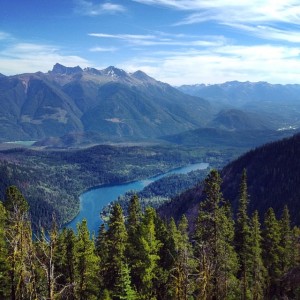 
Time-on-feet was 6.5 hrs to cover just over 30 km with 1,600 metres of elevation gain and 1,830 metres of loss. A solid day of ridge running was topped off with a refreshing dip in the lake and some cold beer.

The next day started with a bit of a drive on the Slim Creek fire service road to Jewel Creek Trailhead. From there, we crossed Jewel Bridge and followed Gun Creek Trail through forests and meadows to the High Trail, up through Windy Pass, and back down High Trail on the other side on some beautiful single-track.

Chloe and I managed to find some mountain bike trails before being spit back out onto Tyaughton Lake Road which took us back to the lodge and another dip in the lake. 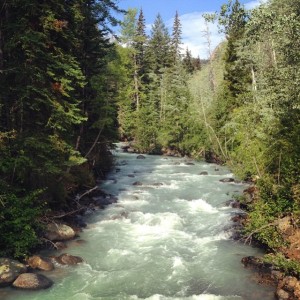 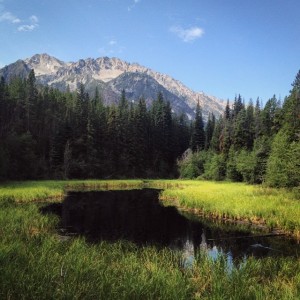 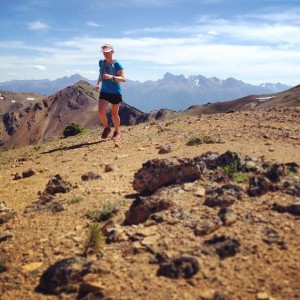 Julie on the ridge. 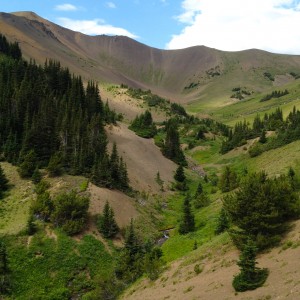 The most epic day of all, Day 3 started with a float plane drop at Spruce Lake, followed-by an out-and-back along Sheba Ridge before heading back down to Spruce Lake. The flight itself was only about 15 minutes but well worth it for the view and the experience itself. There’s a campsite at Spruce which looks to accommodate up to 10 in a series of large tents.

We took the familiar High Trail back up through Windy Pass, this time climbing along Eldorado Ridge under the only clear patch in the sky while thunder storms loomed in the distance.

After an aborted attempt at tackling Harris Ridge from the West (things got a little sketchy), we instead took Taylor-Pearson Trail to Eldorado Pass, back up to Camel Pass where we had been on our first day and back along High Trail to our campsite. 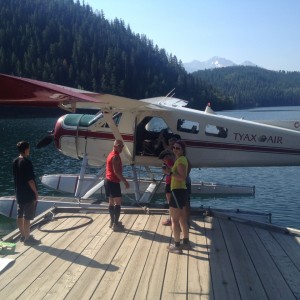 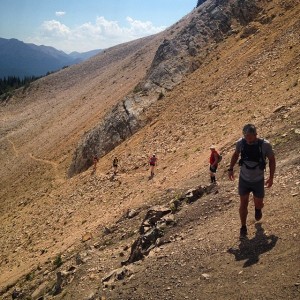 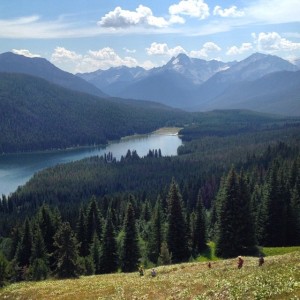 Running back down to Spruce Lake. 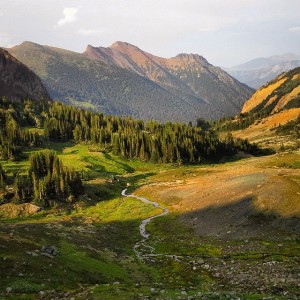 I can see why Glenn and Julie make the trip annually to the Southern Chilcotins and why it’s such a favourite for mountain bikers. I’m thinking that next time, I’d love to get dropped off by plane even further in so I could fast-pack and camp my way out, maybe spending a night at Spruce Lake campsite along the way. In any case, I’ll definitely be going back as soon as possible!

Keep in mind that it is grizzly country, so bear spray is a must, along with all of the usual backcountry essentials, including a 2-way satellite communications device such as the Delorme inReach SE.

Watch the video below which documents our entire 3 day adventure.