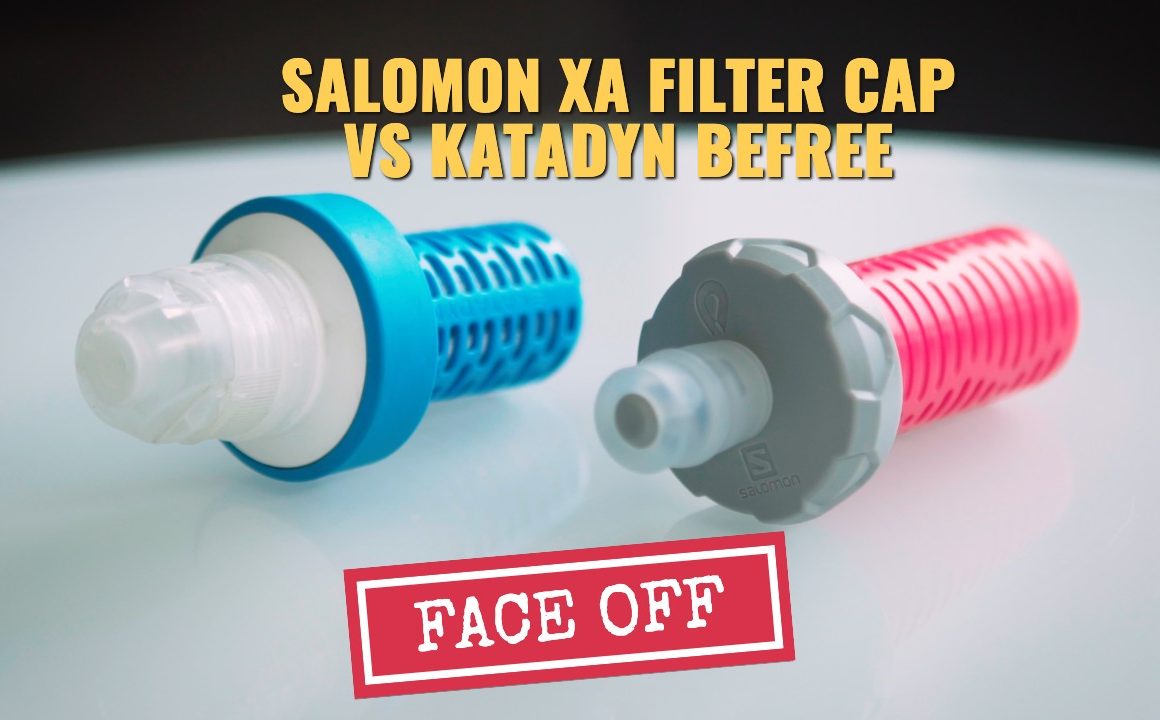 I recently got the XA water filter from Salomon. The filter cap is sold separately, or bundled with a 490ml soft flask which fits perfectly in my Salomon pack. But how does it compare to the competition, namely the Katadyn BeFree that I’ve been using for the past couple of years?

In this post, I’ll compare the similarities and differences between the two filters, including the functionality, flow rate, and compatibility with other flasks.

The Katadyn Befree was a game changer for me, having struggled for years with various squeeze filters, UV filters, and other water purification systems. It’s a lightweight, high-flow nozzle and filtration unit that comes with a 600ml soft flask. It allows you to scoop up water from virtually any source and go, drinking while on the go.

I quickly bought myself a second one so that I’d be able to easily drink from both bottles, and to ensure I’d have a backup in case one failed. 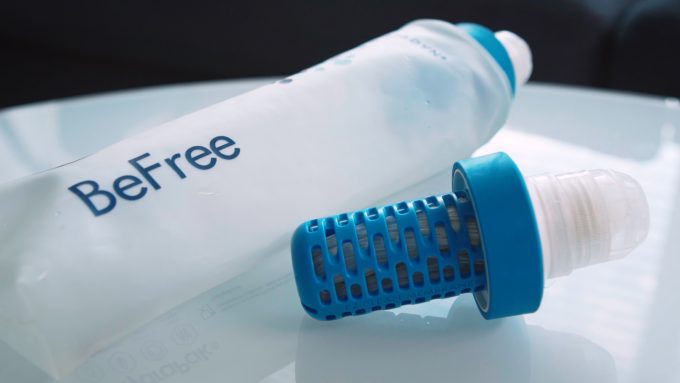 The flow rate definitely does come at a cost. While it filters out bacteria and protozoa including Giardia, it will not filter out viruses. It also will not remove taste, colour, heavy metal contamination, chemicals, pesticides or herbicides. So be careful where you use it.

The flow rate is so good that you hardly notice the difference between it and a standard flask, although I do find the design of the nozzle a little cumbersome. Instead of a bit valve, it’s got a cap that feels to me like a potential point of failure. And if the cap isn’t sealed, the bottles are going to squirt you in the face. 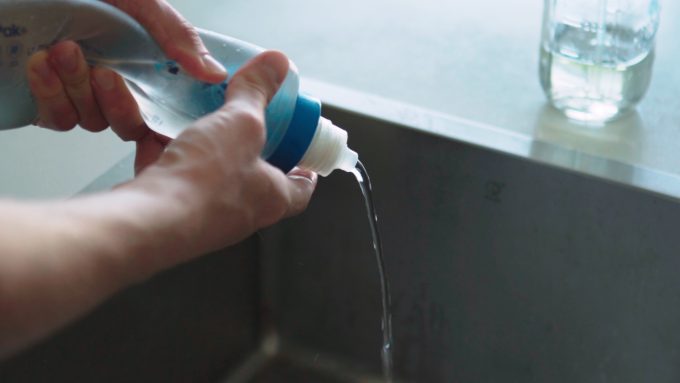 My biggest complaint though with the Katadyn BeFree is the flask that it comes with. I’ve heard from a few people that they’re not nearly durable enough and are prone leaks, although I ditched mine immediately. The fact that they’re 600ml makes them too big to fit in most running vests. I suspect that these were designed more for hikers than for runners, so the increased volume may have been seen as a benefit and not a drawback.

I happened to have a couple of 500ml Hydrapak flasks with compatible threading which also seem much more durable than the flask the came from Katadyn. 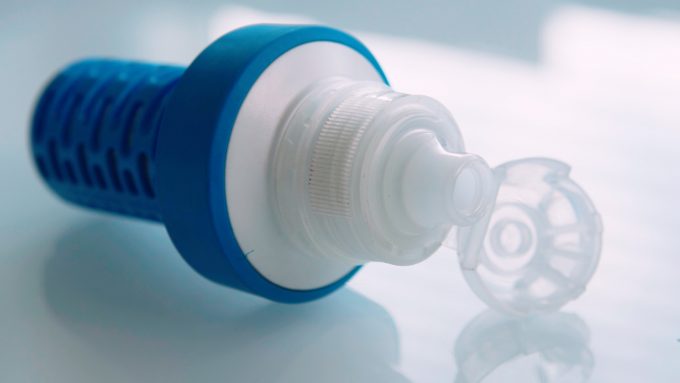 Because of this and the inconvenient design of the cap, I see most people use these like a squeeze filter, carrying it empty and using it to filter water into their regular flasks.

In my opinion, this misses the point of having a built-in filter. While the relatively short amount time it takes to use a squeeze filter may seem trivial, in my experience it can really start to add up, especially when more than one person is sharing a filter.

In a two-day fastpacking trip of the Wonderland Trail around Mt Rainier a few years ago, my friend Adam and I figured that we spent a good 2-3 hours just filtering water with an old Sawyer Squeeze filter.

Tests reportedly show the Salomon XA Filter Cap to have a flow rate that is 22% faster than the Katadyn BeFree. It also outperforms in terms of turbidity or “cloudiness” in the water during testing.

The big difference for me is in the functionality of the XA filter compared to the Katadyn BeFree. Instead of a cap, the XA filter has the same bite valve that you’d be familiar with from other Salomon flasks. This means it won’t squirt you when squeezed, but is easy to drink from while on the run. 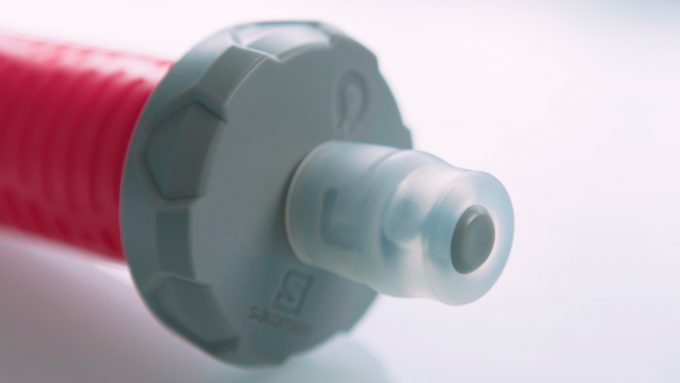 Like the BeFree, the Salomon XA filter will remove bacteria and protozoa, but not viruses. For this, you would need a 2-stage filter like the LifeStraw Flex, but don’t expect anywhere near the same flow rate.

One downside to the XA Filter is that it will not be compatible with your existing Salmon soft flasks. In fact, it now uses the same universal threading as the Katadyn BeFree.

On the plus side, this will make them more compatible with other brands of flasks moving forward, so I think that this will be seen as a positive after getting over the short term pain of having to buy new flasks. So definitely get the Soft Flask XA Filter and flask combo when ordering yours.

So for me as a trail runner, there’s no competition. The Salomon XA filter has a better flow rate and the new flask fits my running vests perfectly. I have two so that I can refill both on the run without missing a beat.

What’s your experience been so far with either of these two water filters? Tell me about it in the comments, and watch a video of my Salomon XA Filter Cap vs Katadyn Befree review below including demonstrations.