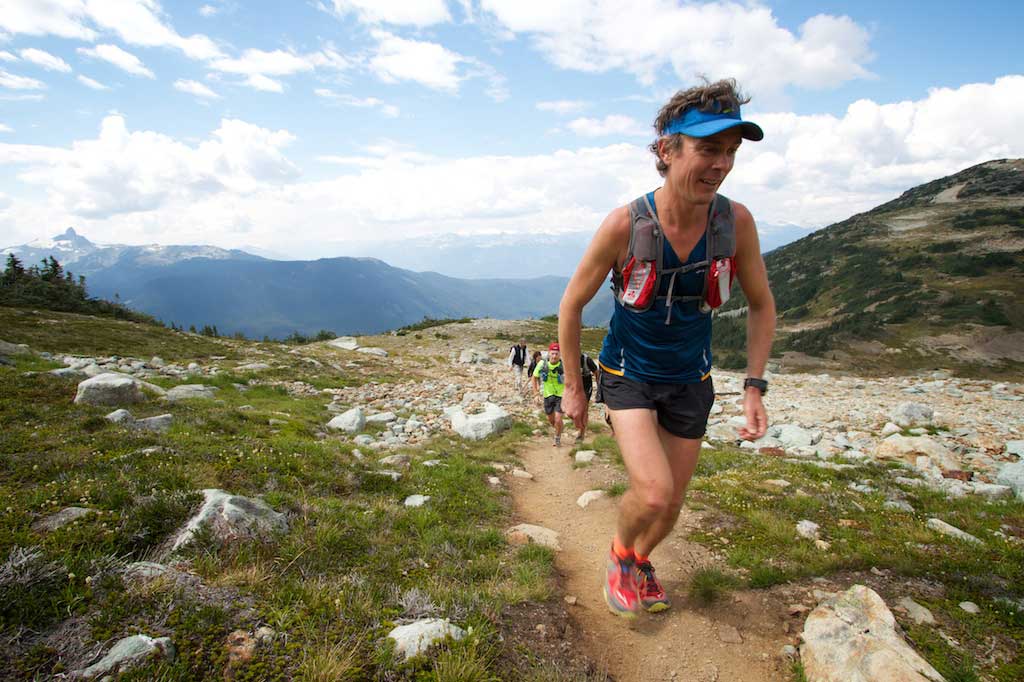 Tell someone that you’re training for a 10k or even a marathon, and you’re bound to get a few insightful questions. Ultra running, on the other hand, is a little harder to understand. Here are the 11 more common misconceptions that I’ve heard about the sport.

While you won’t see it in most of the staged photos on Instagram, there does tend to be a fair bit of power-hiking during an ultra. This dirty little secret is actually an important skill to practice in training.

See: Hills: The Road Runner vs Ultra Marathoner via WhatIsUltra

2. Ultras are harder than marathons.

Suffering for over 6 hours should be worse than getting it over with in closer to 3 hours, but it’s not. Running fast hurts and, in an ultra, you get to spread that pain out over a longer period of time. Plus you get to walk once in a while! (See #1)

You know the slogan, “Our sport is their sport’s punishment”? Sure, running laps used to be a form of torture and weight lifters seem to dread their ‘cardio days’. But compared to sprinting a 5k on the road, ultras are a jog in the park! (See #2)

What’s that other saying, “Obsessed is what the weak call the motivated?” I’d argue it’s more of a lifestyle, one that you want more and more of – kind of like a drug. Okay, so maybe it is a bit of an addiction.

5. Ultra runners are all health nuts.

While many of us are very health-conscious and subscribe to a very specific diet (vegan, paleo, etc), statistically, we drink way more beer than most of the population. I have no data to back this up.

Running in the mountains can feel like playing in a giant playground with your friends. Sometimes you just wish you could stay out longer, but your mom is calling you home for dinner so you’ve gotta call it a day.

There can certainly be a risk when training in the backcountry, but provided you take some general safety precautions and pack the ten essentials, you can manage the risk and stay safe. When in doubt, run with a group and never outside of your level of fitness.

In an ultra, everyone is out there running at around 60% effort. The question is, “60% of what?” By raising the ceiling you can also raise what the resulting pace of that 60% effort is, which is why speedwork is important for ultra runners.

Provided you start slow and build your milage gradually over time, repetitive high impact can help build bone density and many studies have shown running can actually be good for your knees.

10. You have to run a marathon first.

While some of us did get their start on the road, many ultra runners began as hikers who wanted to cover more ground just a little quicker, or jumped right from the couch to the trails. Others still were mountain bikers in a past life. While a road running background can help to build a solid foundation, you don’t have to run a road marathon before you tackle a 50k on the trails.

A common criticism I often hear from hikers is the impression that trail runners don’t take the time to really soak in the scenery they run through. While I do sometimes wish I could spend even more time enjoying the views (and the ability to carry a larger camera would be nice), I think that we win out just by the shear quantity and variety of terrain we get to experience in a given season. Not to mention the fact that many trails require a long slog in and out before you even get to see the view to begin with, leaving us more time to spend where it counts – typically the summit.

There can also be something uniquely amazing about moving quickly through certain types of terrain that just makes you feel really connected with it on a primordial level.

Bonus: You could never do it.

Sure you can! Start with a short trail race, and begin to focus on ‘time on feet’ by going out for long hikes and mixing in some running where you can.

Remember, the first rule of ultra running: Don’t talk about ultra running… Unless someone mentions the word “marathon”, “running”, or “hello”. (thanks @sydneyrunning for that one)

Any that I missed? Tell me about it in the comments below!