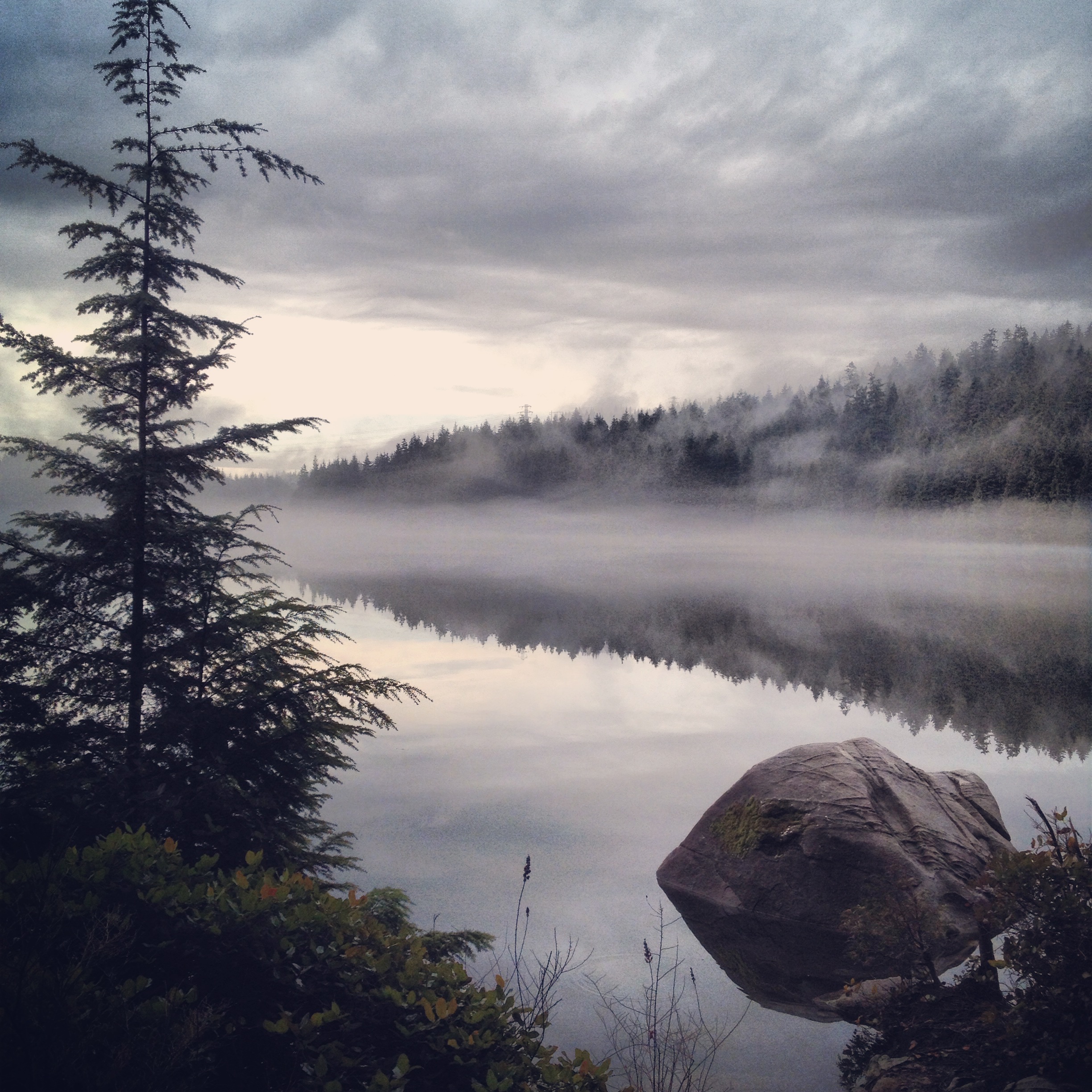 March was all about building volume for this coming weekend’s Diez Vista 50k, along with running my first two races of the year that I mentioned in February: The Cypress Yeti 10k Snowshoe Race, and the Coast Mountain Trail Series Cap Crusher 8k where I placed 2nd overall – my shortest race ever, my first podium finish and a great start to the trail racing season!

No big adventures this month, although I did have a great time at the first Squamish 50 Orientation Run which saw around 70 runners turn-out for 21k or so of the SQ50 course. There are a few more coming up and they’re are always a great way to reconnect with old friends and to meet some new faces, even if you’re not running the race.

Most of my long runs were done right on the DV50 course around Buntzen Lake. I tried to focus more on the back half, since I knew the first 25k or so pretty well and I like being able to visualize how I’m going to feel later in the race. I capped off my training late last-week with a relatively hard ‘race pace’ effort on the second half, mostly as a confidence booster as I went into my taper period.

This month also marked my first 100k+ week (105k to be exact) of the year. I officially hung up the skate skis for the season and put a hold on both my speed work and strength training program last week when I started my taper. I’m feeling stronger and faster than ever and I’m going a little stir crazy. 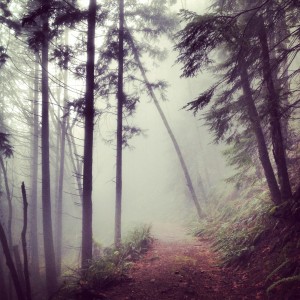 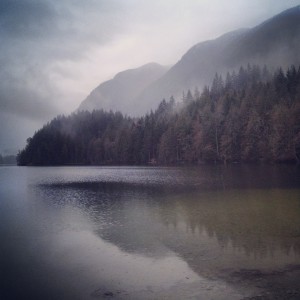 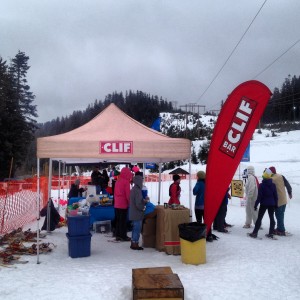 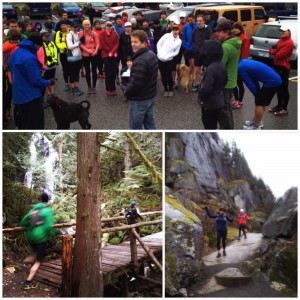 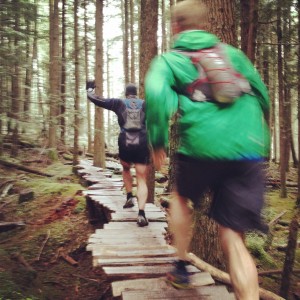 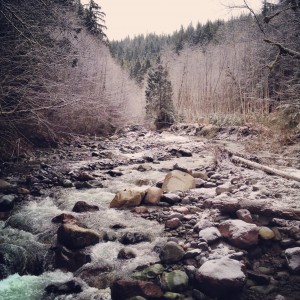 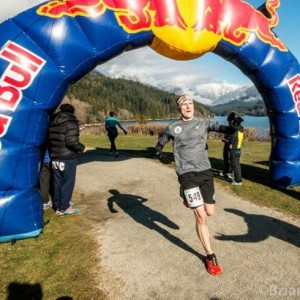 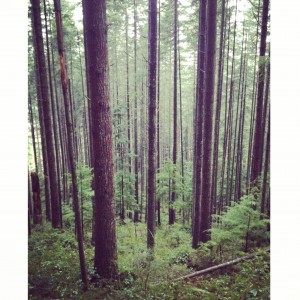 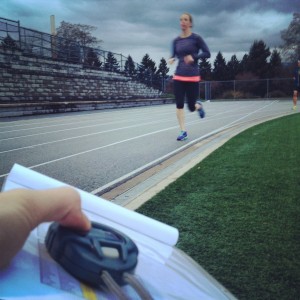 For once, I got to play coach! 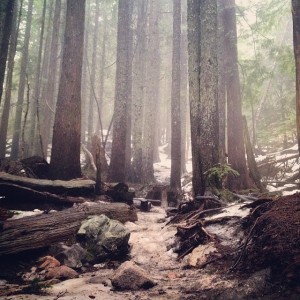 BCMC on a training run.

April is all about Diez Vista 50k before I begin building volume again as I ramp up for Sun Mountain 50 Mile (after a short recovery). I’m also excited to begin working with CLIF as a new Sponsored CLIF Ambassador, and I’ve got one more announcement coming up in April that I can’t wait to share…

As a sidenote, I realized something recently – often on longer and harder training runs on more technical terrain, my eyes will start to feel dry and to sting a little. I always attributed this to an issue with nutrition, thinking I wasn’t taking in enough calories or perhaps electrolytes. Turns out, on technical descents especially, I tend to focus so intently on the trail ahead that I actually forget to blink. It sounds a little silly, but it took me almost two years to figure this out (#trailrunnerproblems).

Who else is excited for Diez Vista 50k this weekend? Let me know in the comments!