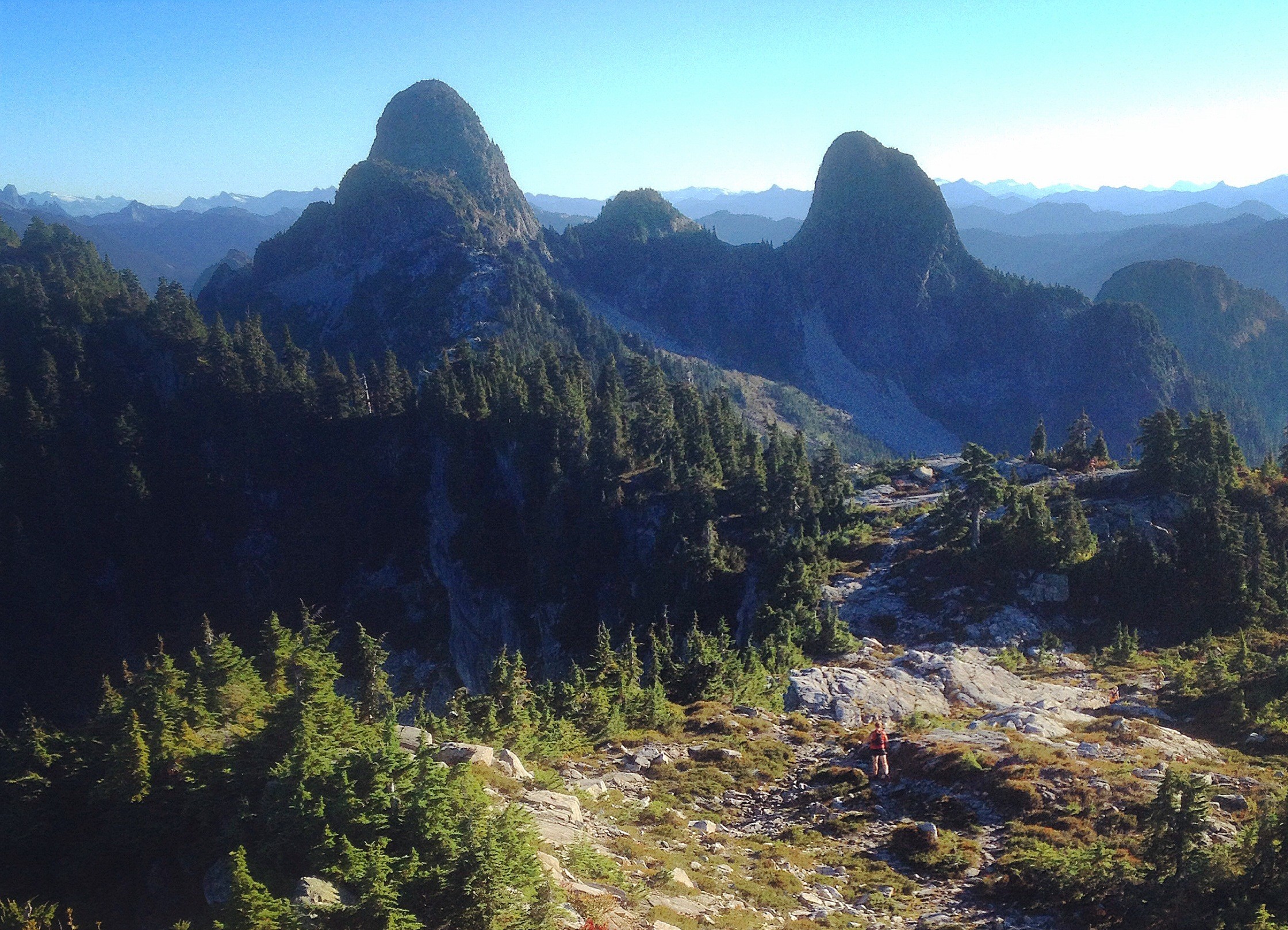 The Howe Sound Crest Trail is a 29 km route that starts at Cypress Mountain, passing through the Lions and over multiple summits, before ending at Porteau Cove. It offers spectacular views of Howe Sound, the surrounding mountains, and beautiful turquoise lakes, while covering a variety of terrain.

The route would normally be tackled as an overnight trip, but it can be comfortably run in about 8-9 hours by a reasonably fit trail runner (including lots of stops for photos). Starting at Cypress makes it a net downhill that still offers almost 2,000 metres of elevation gain, but running it North to South from Porteau Cove is definitely an option for an added challenge. In either case, running it as a point-to-point with a car drop makes the most sense. Another option is to simply do the route as an out-and-back from Cypress to the Lions, arguably the nicest part of the trail, making it a much easier ‘half-day’ run.

The one challenge with the route is its lack of water pretty much until Magnesia Meadow around the half-way point. From there on past the lakes, there is plenty of water to filter, so just be sure to bring a good 1.5-2 litres to get you through the first half.

I try to do the full route at least once a year so, with the season quickly slipping away, I jumped at the chance to join a group of friends in early September (Aran, Hilary, Joel, Shannon, Chloé, Spring, and Adam).

We set off at first light from Cypress Mountain parking lot and were treated to a beautiful sunrise from the first peak at St. Mark’s Summit. On we went to climb and then descend the aptly named Mt. Unnecessary before reaching the Lions, the highlight of the trip. The view looking back at Vancouver tends to be a little hazy but is still rewarding.

It was at that moment, I heard someone calling my name from way up on the West Lion itself but we couldn’t quite make out who it was (I later realized it was friends Ken and Glenn when I had an email with a photo of us from above waiting in my inbox). 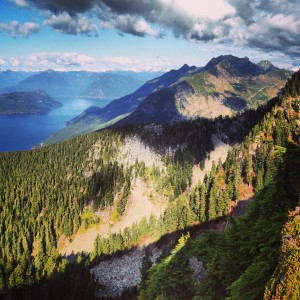 Looking North on the HSCT. 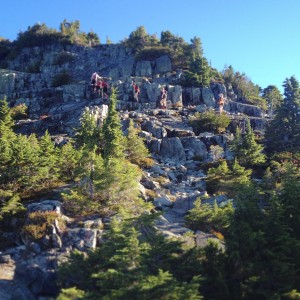 The train climbing up! 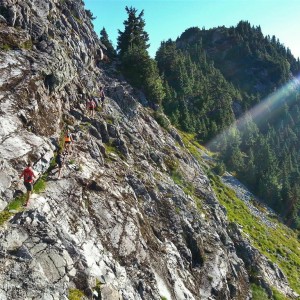 Traversing the base of the West Lion. Photo by Spring. 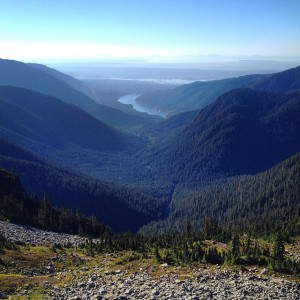 The Lions are a familiar sight from Vancouver. Here’s what they see looking back at us.

We continued on past James and Thomas peaks, scrambling over some boulders before climbing to Enchantment Pass. This section of trail is always a little overgrown as you make your way around David Peak but soon enough the trail opens up again at Magnesia Meadows near the emergency shelter.

From there, we climbed again back through the forest before coming to the junction for trails up to Brunswick Mountain and down to Lions Bay where we continued northwest along Hat Pass and down to Brunswick Lake Hut. There is some pretty amazing scenery on this next stretch, as the trail passes by the lakes – it’s easy to miss the waterfall to your left as you pass Hanover Lake, so be sure to keep a lookout! 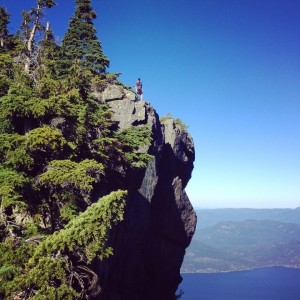 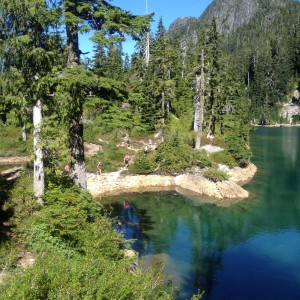 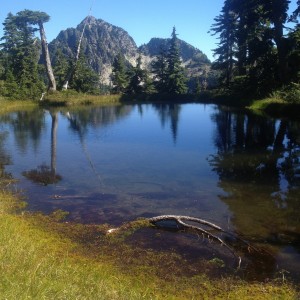 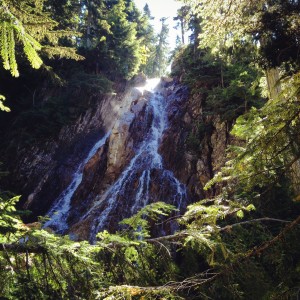 Waterfall on the HSCT.

The home stretch from Deeks Lake is a steady downhill slog which eventually spills out onto a logging road down to Porteau Cove. I actually find this final section to be a rewarding one as you get to stretch out the legs, pound the quads, and hammer it all the way to the car after a day of hiking.

For a more detailed description of the route see this post on Outdoor Vancouver. Check out Spring’s trip report, and watch the video from the run on my YouTube channel!