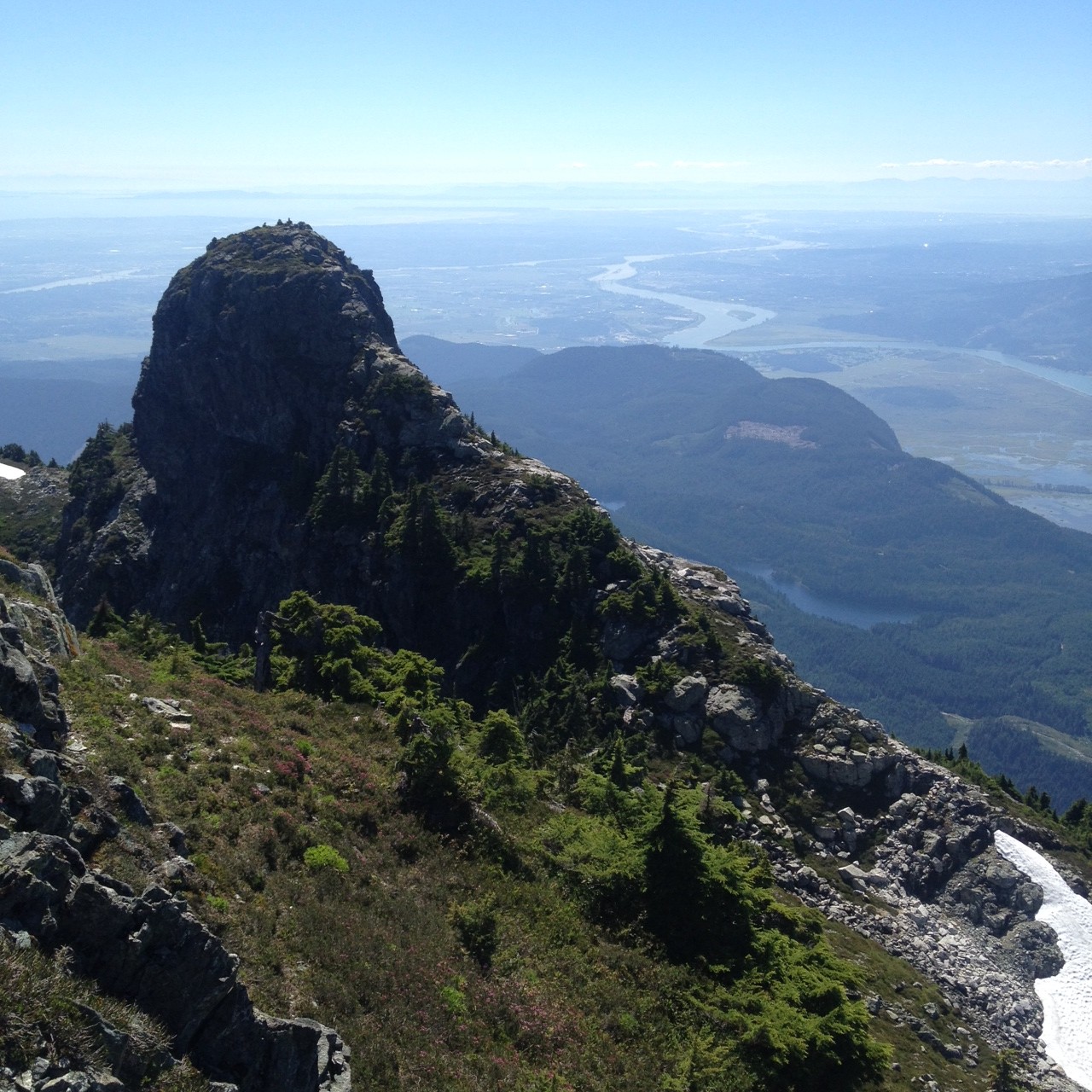 The Golden Ears Trail is a popular hike in Golden Ears Provincial Park, near Maple Ridge, which offers some pretty spectacular views of Pitt Lake, the city, and the surrounding mountains including Mount Baker off in the distance. I ran the trail with friends Matt and Alexa in late July, by which time the snow had mostly melted.

To reach the summit from the West Canyon parking lot is a 24 km round-trip with close to 1,800 metres of cumulative elevation gain which can be done comfortably in 7-8 hrs as a run (or closer to 10-12 hrs hiking).

The first 6 km or so to Alder Flats is fairly runnable, at which point the well-maintained and well-marked trail takes a turn and heads sharply uphill for the next 4 km until you reach Panorama Ridge and the alpine emergency hut. Keep an eye out for this right-hand turn into the trees shortly after getting your first glimpse of the summit across the valley, while the trail appears to continue ahead of you, marked ‘search and rescue’ – don’t follow that.

Soon enough, you’ll emerge from the technical, steep climb back onto a series of rolling ridges that lead up to panorama ridge and the emergency shelter. After the hut, the trail turns into more of a ‘route’ as you follow loose rock through patches of year-round snow, but just keep heading up to the left. A bit of scrambling is required, but nothing with too much exposure, although some would advise against continuing past the hut due to having to cross the permanent snow field and the fact that clouds can sweep in at any time – use common sense here and don’t push past your skill or comfort level. 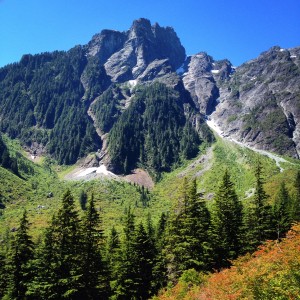 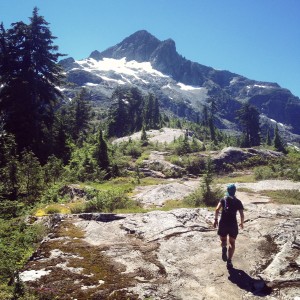 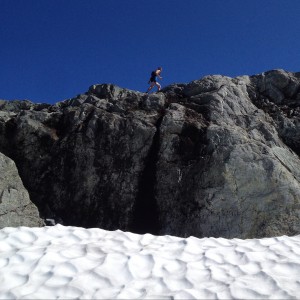 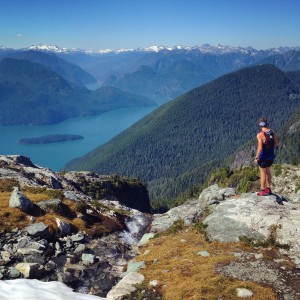 Matt taking in the view of Pitt Lake. 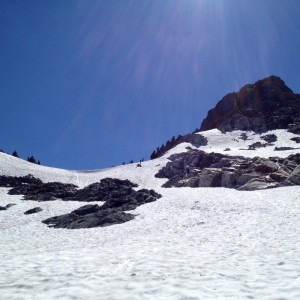 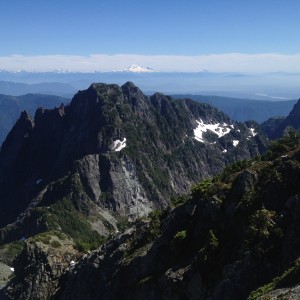 View of Mt. Baker from the summit. 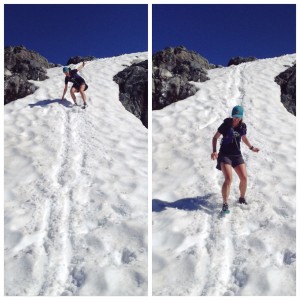 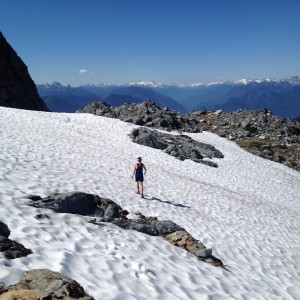 The southwest ear is another few hundred metres away and is reportedly an easy summit, although we were more than content with just heading back down at that point and I’m sure you will be too!

There is plenty of water en route – both in the lower sections of trail and in the alpine from the snow run-off – so bring a water filter. There were plenty of bugs this time of year though too, so load up on bug spray and sunscreen.

Have you done Golden Ears Summit before? Tell me about it in the comments below!