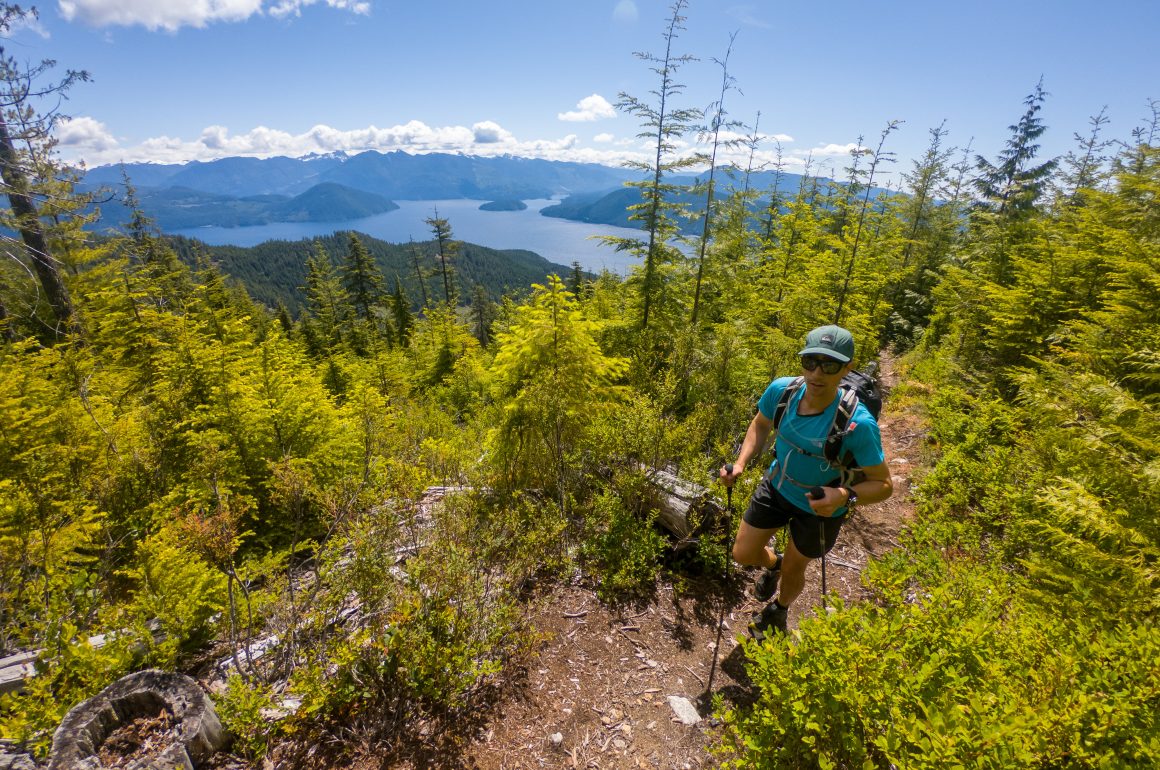 We took an early ferry on Saturday morning from Horseshoe Bay to Langdale, before driving up to Earls Cove where we left our car. We then hopped on a second ferry by foot where we’d hoped to hitch a ride with a fellow ferry-goer up to Power River.

For our first day on the trail, our goal was to make it from Powell River to the summit of Tin Hat Mountain to camp outside in our bivvy sacks alongside the hut. It was about 1:30pm by the time we arrived, had a quick lunch, and ran from town to the trailhead. 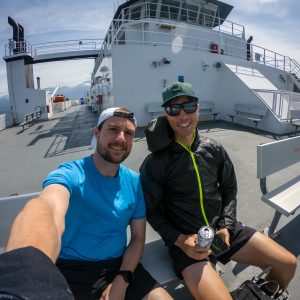 On the ferry to Saltery Bay 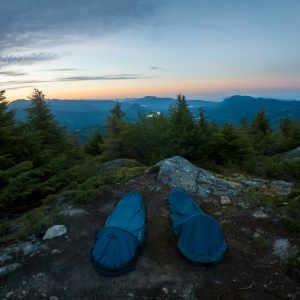 After a long approach, passing several lakes en route, we prepared to begin the big climb up Tin Hat Mountain. This was the heaviest our packs would be, with 3 days of food along with our minimalist camping gear, plus the additional water for cooking and drinking at the summit.

We finally arrived at 10pm, after 8.5 hours on feet, having covered  37 km with 2,400 metres of ascent. We enjoyed our dehydrated meals alongside some fellow campers around a fire, then tucked into our bivvy sacks around midnight, alarms set for 5am to catch what we knew would be an incredible sunrise.

After waking up early to catch the sunrise, we jumped back in our bivvy sacks for another hour of sleep, then had a quick breakfast and were on the trail by 8 to begin our descent. 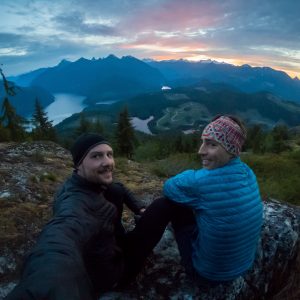 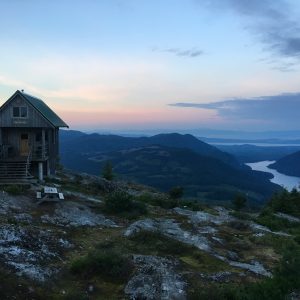 This was to be our biggest day of the three, the goal being to make it as close to the summit of Mt. Troubridge as we could.

The day was long and hot, but our packs were finally starting to feel a bit lighter and we were moving well.

By 7:30, we’d made it as far as Horseman’s Campsite at Louis Point when we finally decided to call it a day. After covering 52 km with 2,000 metres of climbing in 11.5 hours, the final 1,300 metre climb up to Mt. Troubridge would have to wait until tomorrow.

We woke up at 5am to hit the trail by 5:45. Our packs were now at their lightest, but our biggest climb awaited. Since we had come up a little short on our goal the day prior, the pressure was now on if we were going to make it back to Saltery Bay for the afternoon ferry. 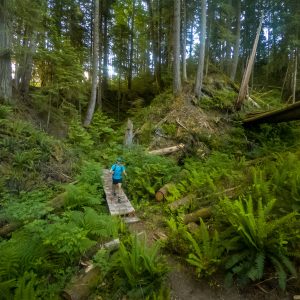 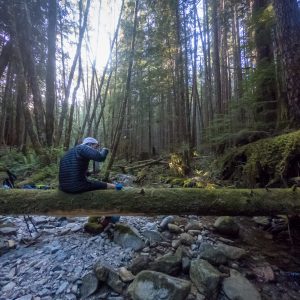 The 1,300 metre climb up Mt. Troubridge came and went, this section of the trail being some of the nicest we’d seen yet! After cruising down the other side back to sea level, we felt like we were home free, although we still had a bit of work ahead of us. 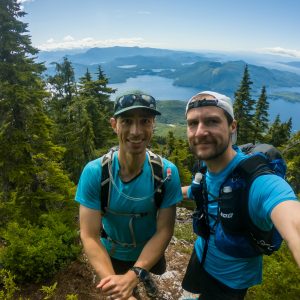 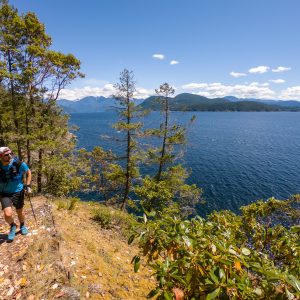 The final 8 km or so of rolling, technical terrain was taking a little longer than we had hoped, so we had to drop the hammer. But we managed to make it to the ferry terminal with about 20 minutes to spare, after covering 33 km with 2,000 metres of elevation gain in 8 hours.

Our gear had worked out perfectly and the trip was a complete success. We were ready for our next fast packing adventure on the Tahoe Rim Trail in just a few short weeks.

Stay tuned for a trip report and film from the Tahoe Rim Trail! Have you visited the Sunshine Coast Trail? Tell me about it in the comments below.