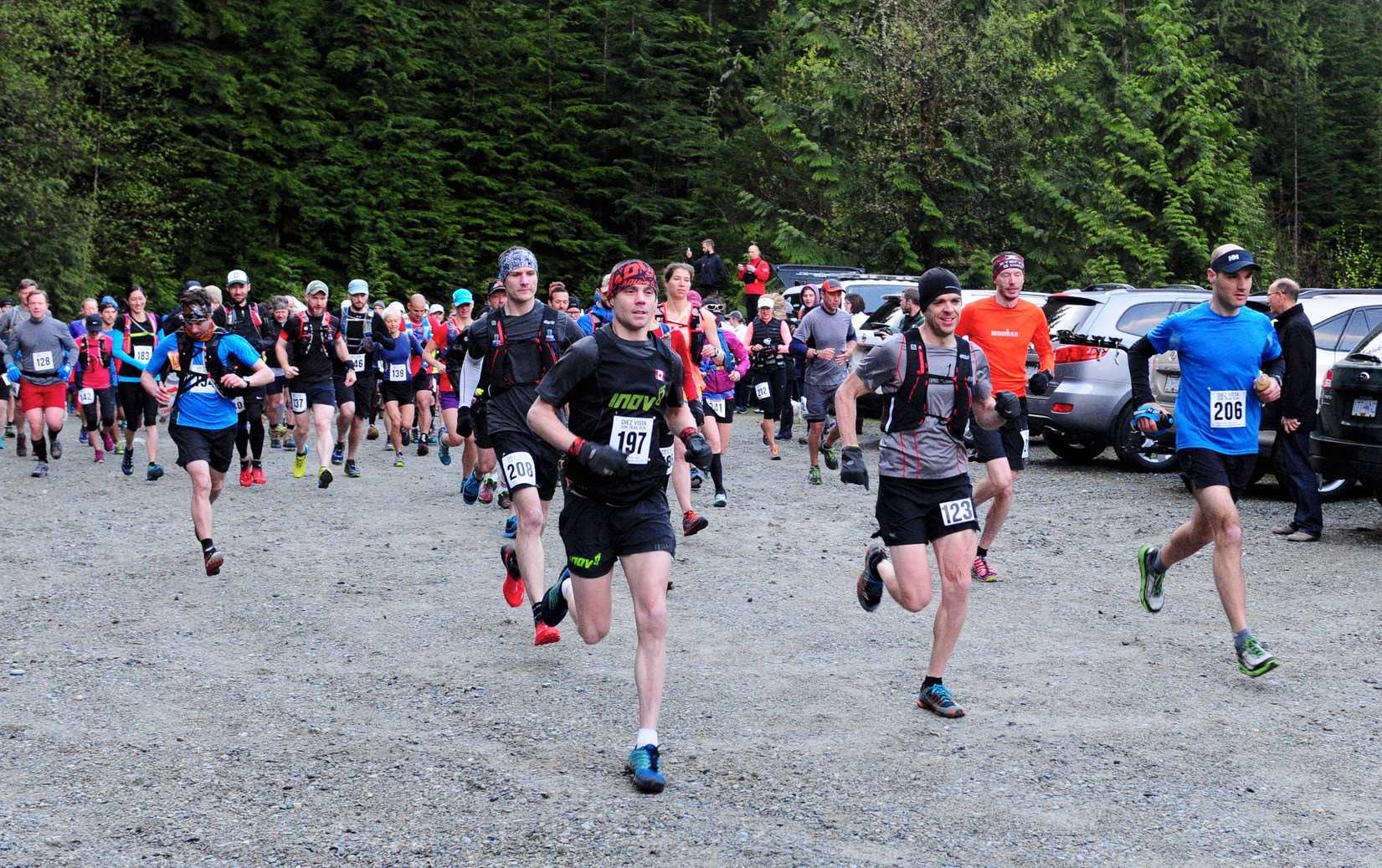 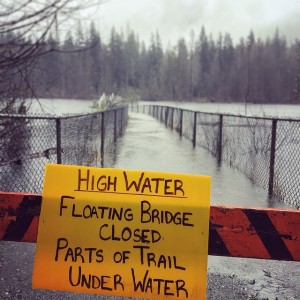 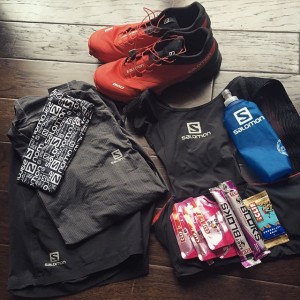 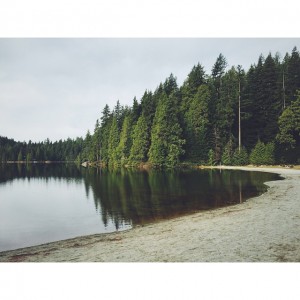 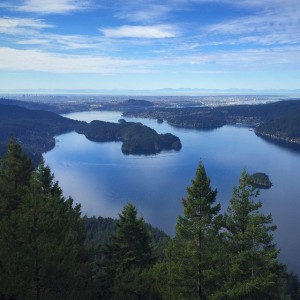 View from Diez Vista during training.

The morning of the race went exactly as planned. As with last year’s race, I was one of the first to arrive, this time along with my friend Brice who’d be running his first ultra. Again this year, Mike Murphy and I did a little warm-up run with some pick-ups which I find helps me focus and to prepare for the initial hard climb up over the saddle to the ridge.

I started the race in the lead group and ran for the first half-hour or so with Kim Magnus (who’d go on to finish 2nd female, 10th overall) until we hit the steep switchbacks up to the ridge. I pushed the pace a little here as usual, but something didn’t quite feel right – I just didn’t seem to have my climbing legs. After coming down from Diez Vistas Trail and hitting a runnable section around the 12km mark, I knew I was going to have my work cut out for me.

I began questioning whether I’d made a mess of my taper this week – I’d done a couple of fairly hard ‘race pace’ efforts that were a little longer than scheduled and didn’t get much sleep – or if I just went out too fast. It simply became about trying to keep the pedal on the gas and holding on for dear life.

The rest of the race is a bit of a blur. I remember my friend Hillary asking me how I was doing at the 23k aid station, where I made my only stop to quickly switch out my Salomon soft flasks for some new pre-filled ones and grab some extra gels from my drop bag, and responding that I wasn’t feeling as fresh as I’d like to this early. Nutrition was something that I had planned carefully, taking a Clif Bar Shot Gel every half hour, along with the occasional Clif Bar Shot Blok, and 500 ml of water and electrolytes every 90 minutes or so.

I ran much of the middle half of the race on my own, having settled in around 7th place. At some point, I took a little tumble after skidding out around a turn I took too quickly. By about 35km, as we made our way back on the long out-and-back section, I began yo-yoing with a couple of other runners. There would be just one last, big climb, back over the saddle to the finish line, and I wasn’t sure I had saved enough in the tank.

Before approaching the climb, I make a decisive pass on the flats and was now in 5th place. I knew that if I could only keep out of sight and ‘out of mind’, that I should be able to hold him off. But my run was quickly reduced to a hike and, with hands on knees, I felt like I was crawling up the hill. This was the first time I’ve ever questioned whether I’d be able to finish.

Everything hurt and my legs felt like they’d cramp if I stopped for even a second. At some point earlier in the race, I had actually begun talking out loud to myself – at first words of encouragement which eventually turned to beratement for even considering stopping or slowing down. All I had to do was make it over this climb and I’d be fine!

Soon the terrain began to roll and I was running. Then I was picking up pace as the trail turned downhill back to Sasamat Lake. Way up ahead, I began to catch flashes of an orange shirt which turned out to be Ivo Rytir in 4th place. I painted a target on his back and began to chase, but just couldn’t seem to reel him in. Crossing the road for the final 2km, a volunteer yelled that someone was right ahead, but no amount of self-talk could help me close that gap. I finished in 5:19:53 (:41 seconds behind Ivo), firmly in 5th place. 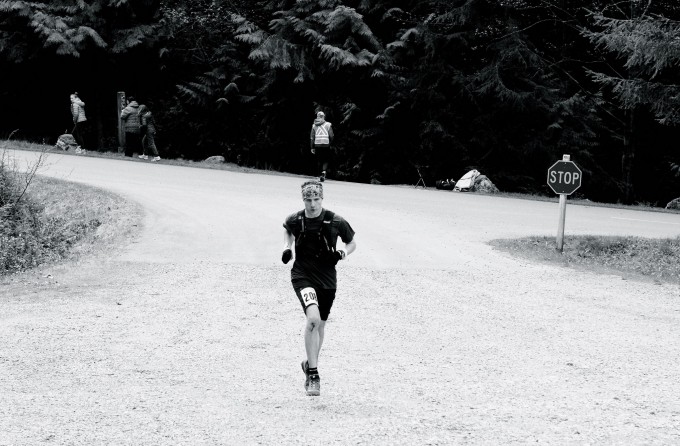 Sprinting to the finish. Photo by Grant Mattice.

With an average pace this year of 6:32 min/km, compared to 6:33 min/km last year on a shorter and less challenging course, I definitely consider this an improvement. Having said that, I did essentially hobble through the 2nd half of the course last year, so it may be that my fitness had been a little better. But my effort this year was 100%.

Results aside, I’ve finally learned how to push it that little extra and to ride the line without going over which should help me come next month’s Sun Mountain 50 Miler where I may apply the same strategy (or lack thereof). I did stay on plan in terms of nutrition which no doubt helped me come out unscathed. I honestly have never suffered that much and for that long in a race. I went pretty deep into the pain cave and it was dark down there, but I now know what it takes to push through to the other side.

Thanks to Salomon, Suunto and Clif Bar for gearing me up and fueling me during training and the race, and to the amazing race organizers and all the volunteers for their hard work. Header photo by Grant Mattice.