7 Lessons From My First Stage Race, the Grand to Grand Ultra 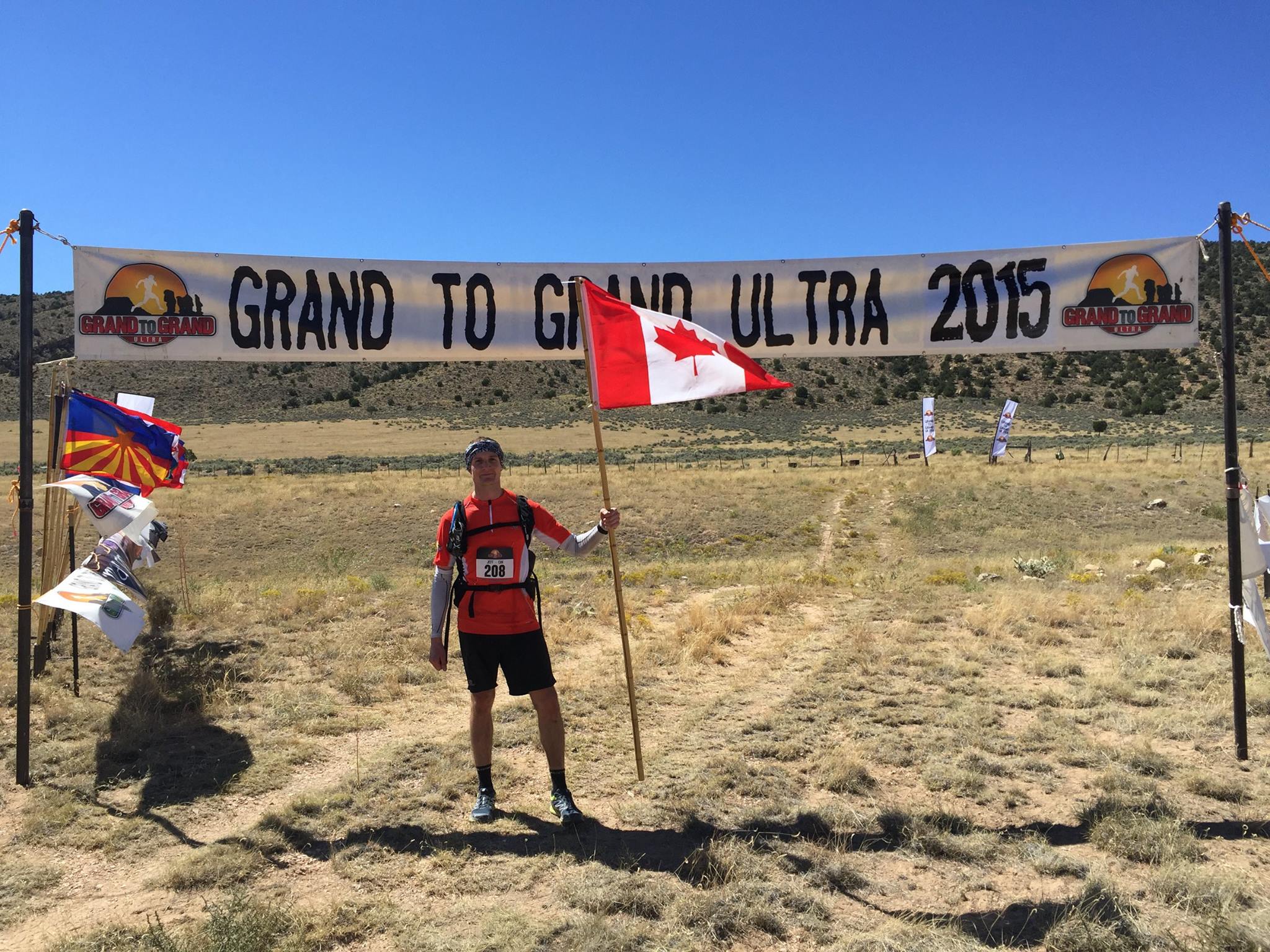 A few weeks ago, I completed the 7 day, 6 stage, 273 km Grand to Grand Ultra, North America’s only unsupported stage race. I’d left the North Rim of the Grand Canyon in Arizona, along with an international field of 116 other runners, with 91 of us arriving at the Grand Staircase in Utah a week later after running through sand dunes, slot canyons, river beds, and cactus fields. We carried all of our own food and supplies for the week, aside from water provided on course, and shelter and hot water at camp each night.

I managed to finish in 4th place overall and 1st in my age group, in a cumulative time of 34 hrs 45 mins, just 1 hr 34 mins behind Yukon Ultra champion Tommy Chen in first, 1 hr behind 5-times Marathons Des Sables winner Mohamad Ahansal in second, and 32 mins behind Swiss machine Peter Osterwalder in third. I couldn’t be happier with my performance in what was my first stage race, but I definitely learned a few things both in my research before hand and during the race itself.

Here are the 7 things I learned in my first stage race.

1. Start Slow to Finish Fast (But Not Too Slow)

The G2G Ultra is run over 6 stages, starting with a 50 km stage right off the bat, followed by 42 km, and then just over 50 miles on the third day. I’d done plenty of long back-to-back runs before but never in a competitive setting, so I had a little anxiety about how to best pace myself in the first few stages.

Squamish-based athlete and coach Jen Segger had told me that, while going out too hard early on can cause irreparable harm in subsequent stages, it’s also really difficult to make up time later on. 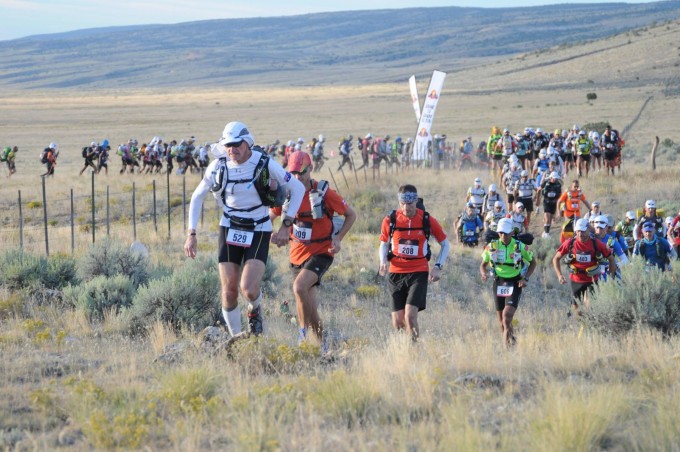 I decided to take it fairly easy in the first stage in order to get a feel for the terrain, for how my body was going to handle the heat, and for my competition. After working my way up from around 20th to finish that first stage in 4th place overall, I knew I could hang with the leaders. It was during the 50 mile stage on day 3 that I really hit my groove, finishing on what felt like fresh legs in 3rd place – if only we had another 50 miles to run!

2. Pack Weight Matters (But So Does Volume)

In my research for our fastpacking adventure on the Wonderland Trail around Mt. Rainier last year, I learned all about the importance of not only pack weight but pack volume and weight distribution. I had determined then that with anything more than about 20 lbs. in weight, or 20 litres in volume, you wouldn’t be really ‘running’ with proper form anymore but would likely be reduced to more of a hike. I knew I also wanted to avoid having anything attached to the outside or bottom of my pack, like a sleeping bag or mat.

My goal for the G2G was to be as light and fast as possible, so I bit the bullet and bought what I determined to be lightest and most compressible sleeping bag on the market at the minimum required temperature rating, the Western Mountaineering Summerlite. I used my Them-A-Rest Neoair Xlite sleeping pad, again the lightest on the market which still provides some insulation (you lose 30% of your heat through the ground!). It turns out there’s also a right way and a wrong way to pack a sleeping bag.

I brought a pair of boxers to change into at night, a merino wool thermal top, and an Arc’teryx Cerium LT down jacket, again the lightest I’ve been able to find. Along with all required kit, such as headlamps and spare batteries, knife, compass, and blister kit, and all of my food, I managed to keep it all under 15 lbs. and to fit it all quite nicely into my new Salomon Agile 20 AW waterproof pack.

Gear for the Grand to Grand Ultra.

Flip flops were a good call so I could get out of my shoes but still be protected from the prickly stuff all around camp, and I’m glad I decided to bring two extra pairs of socks since they got pretty dirty and full of thorns every couple of days. Wet wipes were a nice luxury, although I recently got a ‘pro tip’ that you can actually dehydrate these and then bring them back to life by adding water – every gram counts!

Live tracking isn’t allowed, so I left my Delorme inReach at home, but I did bring my Suunto Ambit 2 for time functionality only. I normally run with poles when carrying a larger pack in mountainous terrain, but I find them to be a hindrance in more runnable terrain which this definitely was.

My coach Mike at the Peak Centre for Human Performance, who has a lot of experience with adventure racing, warned me that the running would be the easy part – It’s the hunger paings that would be the challenge. He was right.

Instant oatmeal and a Starbucks Via single-serving instant coffee was my breakfast each day, with some powdered eggs as a treat for the day following the long stage. Each run would be followed by a carb and protein recovery shake. For dinner, I then had a roughly 950 calorie dehydrated meal, which I ground up into powder and repacked in freezer bags so they would take up less space. I also splurged on some smoked salmon for the day after the long stage, along with some dehydrated ice cream bars as a treat throughout the week.

I relied on mainly Clif Bar Shot Gels, Bloks, and Mini Bars for during the run, while experimenting with some powdered maltodextrin which I found much too cumbersome to have to mix on-the-go (and which only complicated my hydration, since I had to drink at a rate dictated by my nutrition plan). Planning for how much ‘run food’ vs recovery and actual meal food I was bringing was a bit of a challenge, and fortunately I was able to finish each stage within roughly my target time before I ran out of easy-to-eat calories. 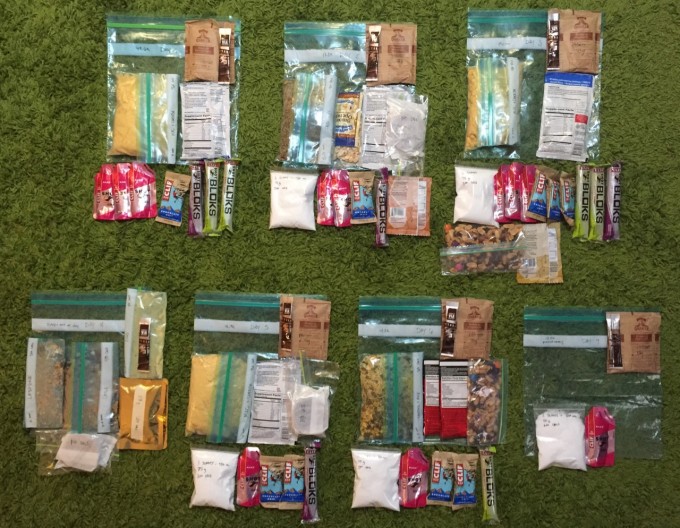 In addition to caloric density, I knew I’d need to include as much fat in my diet as possible. But perhaps most important of all, and something I had come accross repeatedly in race reports during my research, was the importance of variety for the sake of variety – even your favourite foods you could end up being totally sick of by day 3.

The roughly 15,500 calories I had allotted for myself for the week, just barely above the minimum requirement of 14,000, wasn’t quite enough and may have actually had an adverse affect on my performance. By the fifth day, all I could think about was food. The last thing my tent mates would hear from me at night were moans of how hungry I was, and in the morning my meager breakfast would barely make a dent.

Looking back, I think an extra 3,000 calories for the week probably would have done it. I was finishing most stages by around 1:30 pm, so having something to eat as a lunch along with my recovery shake would have helped tie me over until dinner.

4. It’s All About the Recovery

Let me say this again: It’s all about the recovery.

Michele Graglia, winner of the 2014 Grand to Grand Ultra, gave me some great advice right before the race. He explained that when you’re done running, you need to focus on drinking your recovery shake, stretching, getting your feet up, and taking a nap. You should then get up and eat some more, hydrate, and then get your feet up again and relax. Making the most of the time you have when not running is the most important thing you can do to set yourself up for success. 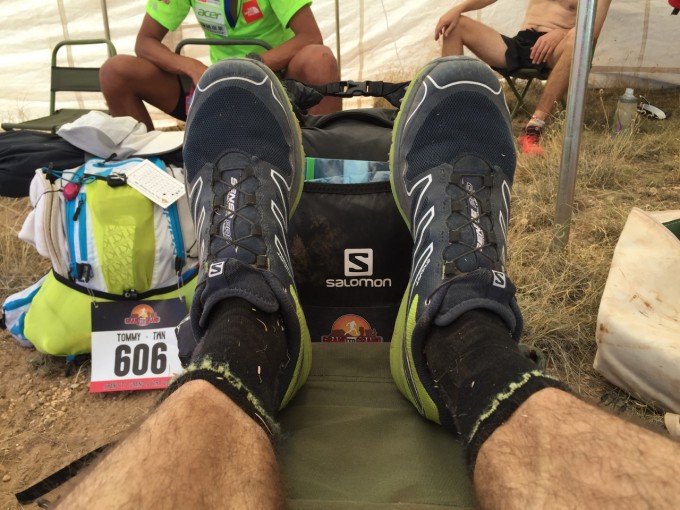 Putting my Feet up right after completing Stage 1.

There’s a really social atmosphere at camp, and it’s tempting to want to stay up a little later than you maybe should around the fire at night. Sure, you can hang out for a bit, but it’s important to rest and get to sleep as early as you can. I probably slept an average of 12 hours per day, taking at least an hour nap after each stage, and going to bed by 7 or 8pm each night.

I’m lucky in that I never get blisters during a race, and the Grand to Grand was no different. Many others would have had great runs in the earlier stages, but then might have ended up with really bad blisters on maybe the long stage or some other kind of problem which would have set them back considerably.

Consistency in your pacing, your nutrition and your recovery is key to achieving your goals. All it takes is one bad day.

6. Stage Racing is (Surprisingly) Not That Hard on the Body

My recovery after the Grand to Grand has been coming along surprisingly fast – definitely quicker than after Fat Dog 120 this summer or Chimera 100, my first 100 miler last fall.

I think that this is mostly thanks to my body essentially recovering and adapting as I went, allowing me to get stronger throughout the week instead of breaking down. Since I slept so much throughout the week, I didn’t feel that deep and long-lasting fatigue that I now expect after 100 mile efforts, but I definitely had an insatiable hunger in the week following the race! 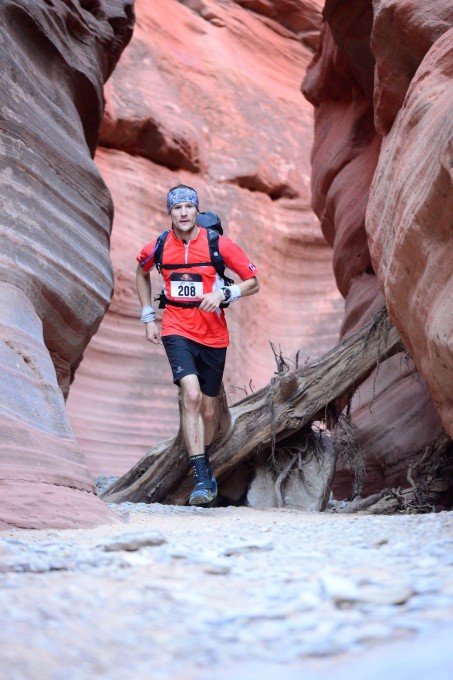 Running through the slot canyons was definitely a highlight.

I took a couple of days completely off from exercise, but was running again by the Tuesday following the race and my legs felt fine. I’ve managed to put back on at least part of the weight that I lost, but I suspect it will take a while longer to recover from what was likely a weeklong state of ketosis.

7. This is an Amazing Community

There’s a special sense of camaraderie in a stage race, not only amongst tent mates but with the entire field of runners. This was particularly true with the Grand to Grand compared to other much larger events.

While there is definitely a great sense of community within the trail and ultra running scene here in Vancouver, the stage racing community represents an even smaller subset of crazy runners from around the world who travel considerable distances to compete in these event. I’m looking forward to reuniting with some of them at another stage race very soon. 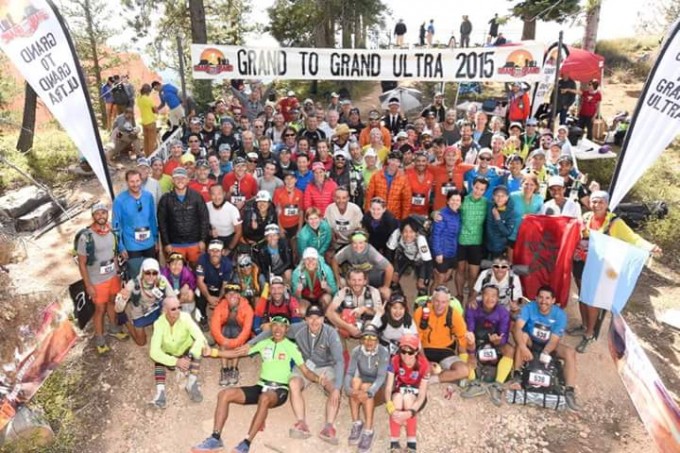 Thanks to the G2G team, to all of the incredible volunteers, and to Salomon, Suunto, and Clif Bar for the support throughout my training and during the race.

Check out an interview below that I did on Ginger Runner Live to hear more about my experience at the Grand to Grand Ultra 2015.