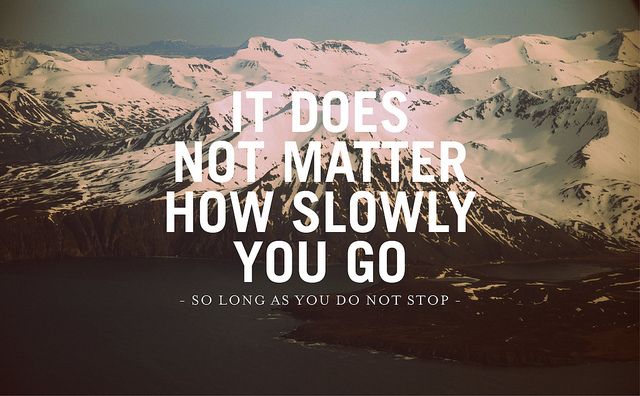 Okay, I’ll admit it. I’m a sucker for motivational quotes; the ones that have images of mountains and runners that fill so many Tumblr feeds. Over the years, I’ve collected a bunch of my favourite motivational quotes about running and life – is there a difference? 😉

Below are 10 of my favourites, but if you have any to add, let me know in the comments!

1. Ability is what you are capable of doing..

Ability is what you are capable of doing. Motivation determines what you do. Attitude determines how well you do it.

2. Challenges are what makes life interesting..

The harder the hill, the steeper the climb, the better the view from the finishing line.

That’s what running does to lives. It’s not just exercise. It’s not just achievement. It’s a daily discipline that has nothing to do with speed, weight, social status, sexual orientation, political affiliation, where you live, what car you drive, or whether anyone anywhere loves you. It’s about the slow and painful process of being the best you can be.

5. Most runners run not because they want to live longer..

People sometimes sneer at those who run every day, claiming they’ll go to any length to live longer. But don’t think that’s the reason most people run. Most runners run not because they want to live longer, but because they want to live life to the fullest. If you’re going to while away the years, it’s far better to live them with clear goals and fully alive then in a fog, and I believe running helps you to do that. Exerting yourself to the fullest within your individual limits: that’s the essence of running, and a metaphor for life — and for me, for writing as whole. I believe many runners would agree.

6. Few men during their lifetime..

Few men during their lifetime come anywhere near exhausting the resources dwelling within them. There are deep wells of strength that are never used.

I’ll be happy if running and I can grow old together.

8. Only those who will risk going too far..

Only those who will risk going too far can possibly find out how far they can go.

9. Everyone is an athlete..

Everyone is an athlete. The only difference is that some of us are in training, and some are not.

It does not matter how slowly you go so long as you do not stop.

Bonus: You’re off to Great Places..

You’re off to Great Places! Today is your day! Your mountain is waiting. So… Get on your way!